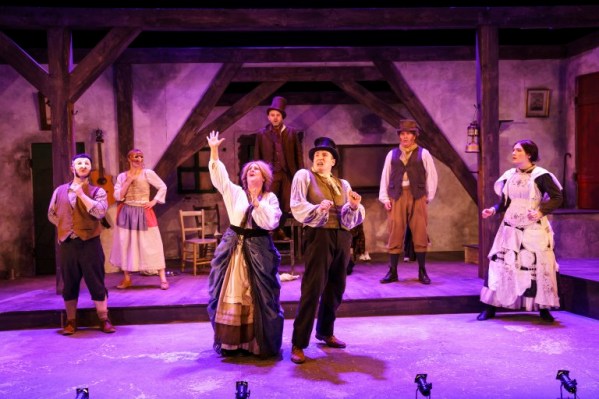 Dion Boucicault’s rowdy 19thcentury melodrama The Colleen Bawn is a disaster waiting to happen. It is a rambunctious whirlwind of a thing, in which a collection of unruly characters embarks upon a catalogue of misunderstandings, misdemeanours and mistaken identities. There is massive potential for the whole thing to go terribly wrong and collapse in a tangled heap.

Based on the grisly real-life murder of a young girl in County Clare in 1819, Boucicault chose to place his mischievously stylised depiction of the classic stage Irishman in the heart of a close-knit rural community in the lonesome west, where the  wily locals are hell bent on putting one over on their aristocratic masters. 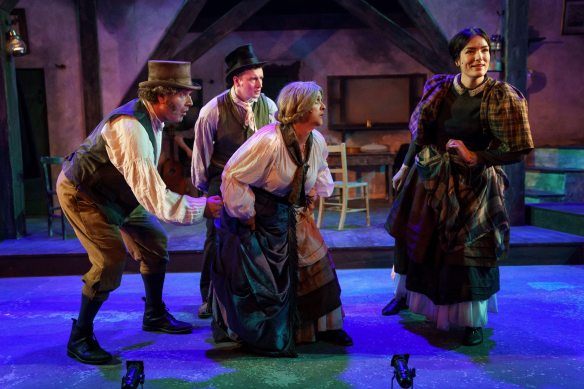 In spite of the distaste directed towards such work by the literary elite of the time, this is a skilfully structured example of contemporary popular entertainment, which makes great purchase out of the language issue still dominating Northern Ireland politics. 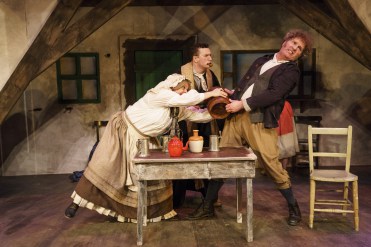 Issues of class and financial expediency raise their ugly heads at regular intervals.  Hardess and his doughty mother (Jo Donnelly) may have fallen on hard times, but still he must keep secret his marriage to a young girl from the lower classes, whose soft pronunciations and lack of education make her a very poor prospect.

In turn, Mother Hardess must contemplate a financially profitable but socially and emotionally ruinous marriage to the scheming, bandy-legged magistrate Corrigan (Enda Kilroy), while hoping against hope that her son might turn his romantic attentions to Anne’s considerable riches.

And then there is Danny, who represents the ultimate in class domination. Cunning, misshapen and so in the thrall of his master, he will voluntarily embark upon murder to retain his favour. 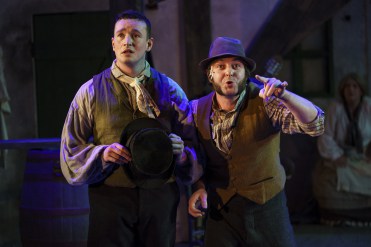 The ensemble cast cuts loose on a verbally challenging script rich in local vernacular while nimbly navigating Jennifer Rooney’s complex choreography. If the first act feels a little overworked and laboured, the interval seems to have a liberating effect, unleashing a darkly hilarious dénouement in which not a step nor a nod nor a knowing wink feels out of place.

A shorter version of this review was published by The Stage on 12 April 2018.