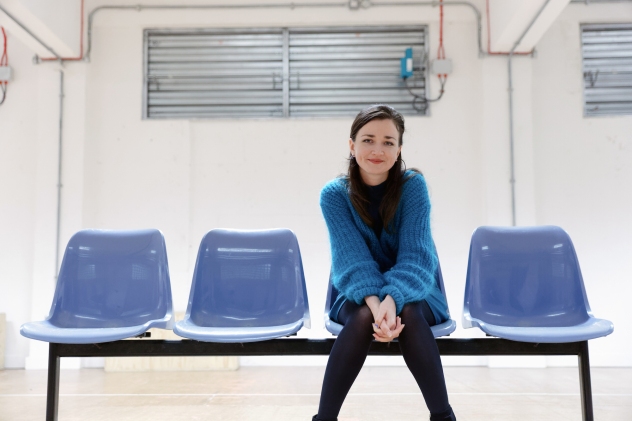 In countless women’s wardrobes across Ireland hangs a sweatshirt emblazoned with a single word, ‘Repeal’. Far from being a fashionable brand name, the word began life as a plea and, since 25 May 2018, has become a proclamation.

It is hard to believe that a year has passed since the repeal of the eighth amendment, with the resounding Yes vote effecting seismic social and political change and a new perception of Ireland in the eyes of the world.

The outcome resonated particularly powerfully amongst the country’s younger generation. At a recent gathering of fifth and sixth year students in Glasnevin, north Dublin, actor Saoirse Ronan was questioned about the issues facing Irish women and girls today.

”One thing that has helped me as a woman has been the repeal of the eighth,” she said. “I feel like it opened the door. A lot of the things we felt and talked about in private, we are able to do in the open now.”

In Northern Ireland, however, there has been no opening of the door. The region remains the only part of the United Kingdom where abortion is illegal, except where there is medically diagnosed serious risk to the life or physical and/or mental health of the mother. In the absence of the executive Assembly and with the majority Democratic Unionist Party remaining implacably opposed to a change in the law, thousands of women have no option but to make costly, emotionally harrowing journeys to Britain to obtain an abortion.

This dilemma lies at the heart of Cotton Fingers by the award-winning Welsh playwright Rachel Trezise for National Theatre Wales. Its central character is Aoife, a young woman from Belfast, who is faced with an unplanned and unwanted pregnancy.

From its inception in March 2010, the company has done things a little differently. It has no bricks and mortar building in which to perform but opts instead to take theatre to audiences, presenting politically charged work in a variety of site-specific spaces. Some of its stages have been in disused coal mines, post-industrial communities, beaches, village halls, nightclubs, forests and aircraft hangers.

Now the company is about to make its first visit to Ireland, playing in venues north and south. Cotton Fingers – a nickname for tampons – was written during the heated debate swirling around the referendum campaign.

It is one of five monologues comprising Love Letters to the National Health Service, commissioned by NTW for its NHS70 Festival in celebration of the Service’s 70th birthday. A year later, the script has been updated and reworked to take account of subsequent political events.

It was first performed in July 2018 at venues in and around the west Wales port of Fishguard, the terminal for ferry crossings from Rosslare, the route taken over the years by many desperate women.

NTW associate director Julia Thomas and actor Amy Molloy complete the trio of women who comprise the creative team. Born and educated in Belfast, Molloy’s stage credits include the 20th anniversary tour of Enda Walsh’s Disco Pigs; Prime Cut’s Chilean Trilogy at the MAC in Belfast; John Gabriel Borkman, with Alan Rickman and Fiona Shaw; and Julie, Stephen Rea’s stage daughter, in David Ireland’s hard-hitting Cyprus Avenue. This is her second solo show, the first being Gina Moxley’s TeaSet which she performed at the 2015 Edinburgh Fringe to a slew of rave reviews. She is soon to be seen playing Holliday Grainger’s sister in Animals, which premiered at Sundance 2019.

Speaking from a rehearsal room in Cardiff’s Sherman Theatre, Molloy describes the deep personal impact that this intense role is having on her. 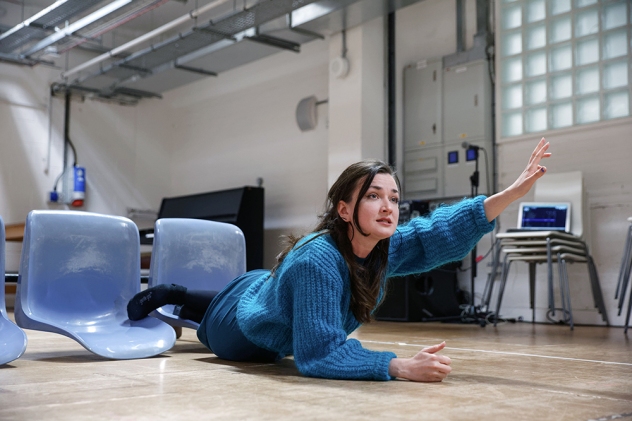 “The night before my recall audition, when I was running my lines, I looked in the mirror and I was looking at Aoife. I suddenly realized I am angry and hurt for this young woman and I want to tell her story. I want to be a conduit for her voice. I felt a strong need to speak about these things, to treat women’s rights as human rights.

“The play isn’t telling anyone to do one thing or the other. It’s saying that here is a young woman and here are her circumstances. Every story, the pain and the grief, are so personal. We’re looking at her world and the inequality in it. It’s often women who are at a particular socio-economic disadvantage who suffer from the lack of treatment and laws around their health care. I know it’s a cliché to say, but sometimes the work finds you and I was so happy when Julia and I chatted at the second audition and I was able to communicate that need to her.”

Molloy describes how the redesigned set is dominated by a row of generic, unoccupied blue plastic chairs of the type seen in hospital waiting rooms, surgeries, airports, ferry terminals the world over. She says they are symbolic of all the women who have sat in such chairs and represent the cross the central character is doomed to bear. The storyline unfolds in Belfast but the materials used for the set represent the structures of any industrial city, a harsh urban landscape, a cold, inhospitable place for a young woman alone.

Now based in London, Molloy agrees that the legal restrictions that exist in her home place are not widely known on the other side of the Irish Sea. One wonders whether the situation makes her feel embarrassed or ashamed. She pauses for a moment before replying and phrases her response carefully.

“Not ashamed or embarrassed, funnily enough, but it makes me feel a sense of urgency to share this information. It might seem strange that National Theatre Wales is telling this story but it picks up on the fact that there are women travelling to Cardiff to have this procedure.

“These are our neighbours, lending a helping hand, acknowledging that this is happening across the water, even though Northern Ireland is meant to be part of the UK. It feels like a taking of hands, saying we are aware of this story, let’s tell it together. “

She speaks of the director and writer’s shared appreciation of having an authentic Belfast voice on board. She is clearly relishing the close, intimate collaboration flourishing between the three of them, as they craft a radical modification of the script. She reflects that Trezise’s openness to suggestions reminds her of a similar experience with Ireland, another writer whom she describes as being ‘’… really present with their work. Cyprus Avenue was revived two years after it was premiered. In that time the world had changed. There was Brexit and there was Trump. But now, this is the present. It’s very refreshing to work on projects in that way. We’re all on the same page with the world we’re creating and the story we’re wanting to tell.”

In Cotton Fingers, the character examination deals with subtleties of cultural identity as well as with the notion of a person being judged because of where she comes from, what she has, how she speaks, how strong her accent is. The latter is something Molloy knows all about.

“Living in London, people often comment on my Belfast accent. I say to them, ‘where would I lose it? Down the back of a sofa?

“I hope that that people who come to the play will see a human being in front of them. The play is about humanity. Aoife, I just love her. She’s gorgeous. She’s the kind of girl you’d want to sit and have a yarn with. She’s full of humour, full of hope.

“I can only tell the story the best I can and hope to inspire empathy for the character, for somebody to go away thinking that it’s not all black and white. It’s this thing of let’s keep going as women, let’s keep talking, let’s keep supporting each other, let’s keep figuring this all out”.

This article was first published in the Irish Times on 20 May 2019.