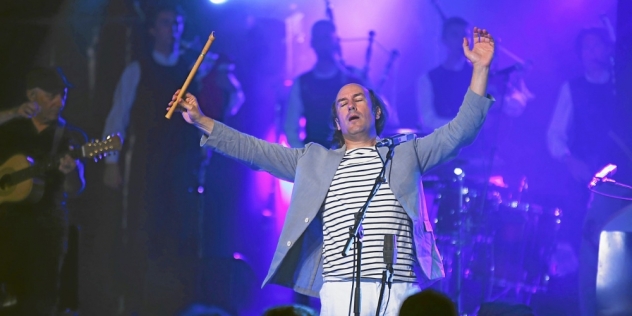 It’s the 49th year of the Festival Interceltique de Lorient, one of Europe’s biggest cultural events. Every year, it attracts some 800,000 Celts – and aspiring Celts – to the naval town of Lorient on the south coast of Brittany.  This year, the featured Celtic nation is Galicia and that can only mean one thing … Carlos Nuñez, the virtuoso, classically trained instrumentalist, who describes himself as ‘the most Breton of the Galicians’.

A veritable child of the FIL, the ever-affable Nuñez is equally at home on the gaita, the traditional Galician  bagpipe, as on the flute and the Irish whistles. Born in 1971 in the historic town of Vigo in the province of Pontevedro, on northern Spain’s Atlantic coast, Nunez is a performer of world class status, who has taken his proud ownership of his homeland’s musical heritage to major festivals and concert halls all over the world.

His headline concert sold out the immense Espace Marine in next to no time.  Even standing room is at a premium. It speaks volumes that Lisardo Lombardo, the festival’s charismatic artistic director (who hails from neighbouring Asturias) braves the torrential rain to do the onstage introductions. He proclaims Nuñez as “… an artistic son of the Lorient Festival”,  who has been playing here since he was just 13 years old.

Suddenly, out of the blue light and dry ice he appears, the man himself, lean and lanky, long hair flowing.  He shoulders the black fringed gaita and he’s off, with that familiar playing stance, leaning back into the music, long legs high stepping to the glorious sounds of his home place in ‘green Spain’. 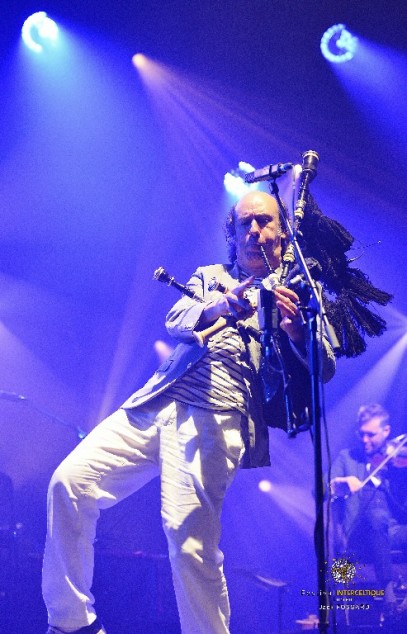 In the course of the next two hours, Nuñez will take his adoring audience through the musical history of what he calls ‘the Atlantic corridor’, the craggy, windswept lands which face onto the wild ocean. He is the undisputed ring master and Pied Piper, switching instruments and languages with effortless ease.  He generously shares the limelight with a seemingly endless procession of solo musicians from Wales, Ireland, Scotland and Brittany, pipers from Galicia and Alicante in southern Spain and the incomparable Bigoudens de Plomeur from Cap Caval in Finistère, winners of the Festival’s coveted bagad (traditional pipe band) championship for the fifth year in succession.

With an enviable sense for the dramatic, he leaves the best until last, beckoning on stage one of Celtic music’s true legends,  the singer and musician Alain Stivell. These two old friends share a rich musical heritage and their mutual affection and admiration is present for all to see. 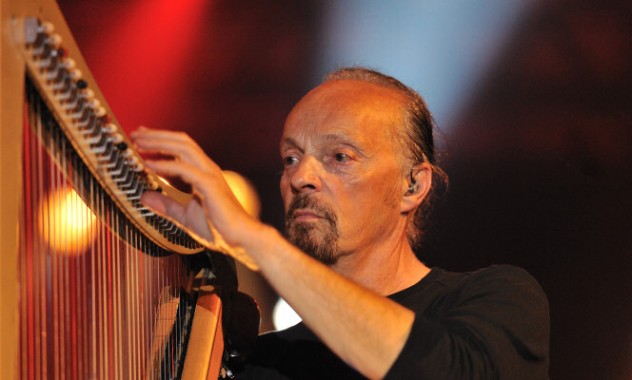 Stivell’s haunting voice is as strong as ever.  A master of the Celtic harp, he has been at the vanguard of Breton music and Breton language singing for many years. He is widely considered the precursor of Celtic rock and fusion and remains a staunch defender of the Breton culture. At the mere mention of his name, the capacity audience goes wild and crazy.

Lorient had been primed for this roof-raising concert by the headline event of the previous evening. The sweet, delicate slow airs, jigs and reels played by the Martin Hayes Quartet offered a stunning musical contrast to the muscular sounds of veteran Celtic band Milladoiro, often referred to as the Galician Chieftains. 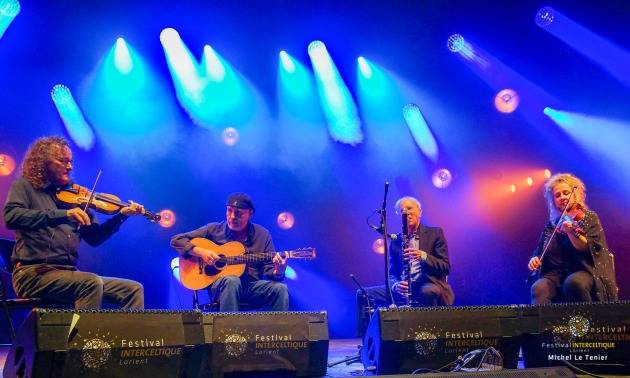 Both ensembles have history with the Festival. It is thirty years since Hayes last played here, while Milladoiro are on stage here for the fifth time in their 40-year life.  Alongside Hayes are long time collaborator and fellow member of The Gloaming, Dennis Cahill, together with Doug Wieselman on moody bass clarinet and Liz Knowles on the romantically named and sounding viola d’amore.

Looking as though they have stepped straight out of the mountains and meadows of Galicia, Milladoiro founders Rodrigo Romaní and Antón Seoane combine instinctively with their old comrade in arms, drummer and bodran player Xosé V. Ferreirós. The virtuosity and power of their playing make a dramatic impact not only on the appreciative audience but on the next generation of players performing alongside them, taking on the musical baton much in the spirit of their Irish counterparts The Chieftains.

Twenty-four hours later, it is left to Nuñez and Stivell to team up with the assembled gathering of musicians and send the audience out dancing into the stormy midnight hour.

Next year is the 50th Lorient Festival. The honoured nation will be Brittany.  Stivell will probably be there.  Maybe Nuñez too, perhaps as a guest?  And goodness knows who else.  It will be a big one. Can’t wait.