It’s unusual for The Even Hand to feature a press release, but the content of this one touched a nerve on a number of levels.

What a joy to see a long overdue revival of a play by Lurgan actor/writer Joseph Crilly, three years after he took his own life in a hotel in France.  And how heart-warming to note that the production is raising funds for a very relevant charity.

In 2018, The Crilly Trilogy, a new collection of his plays, was published, prompting this well-received production by director Jonathan Harden – recently returned to his native Belfast – at the Finborough Theatre in London. Actress Helena Bereen, who appeared in the premiere of the play and is now in her seventies, is here making her London début.

The revival makes the case for a possible revisiting of other plays by Northern Ireland writers, which burned brightly in their time but which have been neglected or forgotten during the intervening years.

For starters: Tea in a China Cup by Christina Reid; Mumbo Jumbo by Robin Glendinning; The Girls in the Big Picture by Marie Jones; Bloodlines by John McClelland; The Gentlemen’s Tea Drinking Society by Richard Dormer (plus Drum Belly, his play for the Abbey Theatre, which received mixed reviews); The Loves of Cass Maguire by Brian Friel; Trust by Gary Mitchell … and many more.

Each would merit a second look, given the peculiar political climate in which we are currently living.

Crilly was a fascinating, unpredictable actor and a fearless playwright, who successfully switched from theatre to journalism and social work. At the time of his death he was working on social housing projects at Peabody Housing Trust.  Few of his colleagues there were aware of his award-winning plays or his former acting career, which had included a season for the Royal Shakespeare Company. 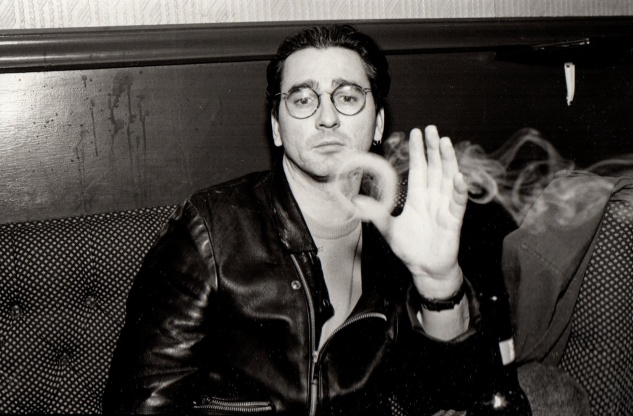 The premiere of On McQuillan’s Hill was directed by Stephen Wright (subsequently the executive producer of  the BBC television dramas The Fall and Line of Duty) and staged at the Lyric Theatre in Belfast in 2000.

“I don’t think we fully comprehended what we had when Joe and I put the first production together, but he was on to something that had not been said and needed to be said”, says Wright.

Set in the aftermath of the Belfast Agreement, the play centres around IRA volunteer Fra Maline and a celebration in the local community hall which goes pear-shaped.  In a still precarious political situation, bitter memories and secrets lie long buried in the nearby bog, threatening to resurface as a chance family reunion descends into black farce.

Every night, before and after the performance, a collection is taken for the charity CALM – Campaign Against Living Miserably – which offers help, advice and information to anyone who is struggling or in crisis.  CALM runs a free and confidential helpline and webchat, seven hours a day, seven days a week.  The service is available in Northern Ireland and across the UK.

On McQuillan’s Hill runs at the Finborough Theatre until 29 February.