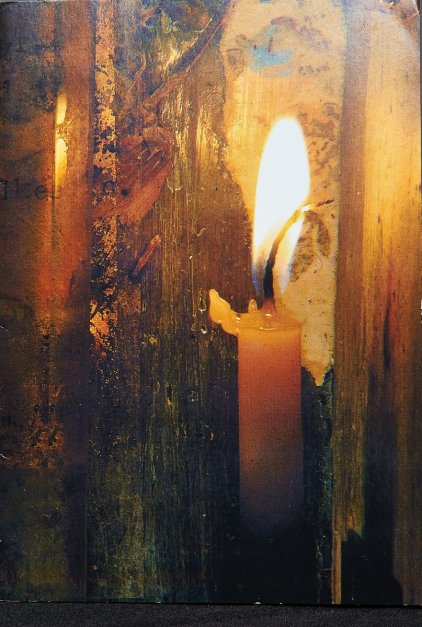 A timely reminder from the Seamus Heaney HomePlace prompts an unscheduled outing to the countryside that the poet’s wife Marie calls ‘his Eden.’ On this January morning, the marshlands of County Derry are glistening with hoar frost untouched by the weak winter sun.  On the return journey, the sun is dying like shot silk in a pink-streaked sky and the frost remains crisp and hard.  The people and customs of this rural landscape, lying quietly under its winter coat, echo through the exhibition inside the HomePlace.

It is the last day of Longing for Snow, a unique collection of Heaney’s hand written seasonal greetings cards, with their bespoke poems and specially commissioned designs.  The writing of these personalised cards was an important element of his year, keeping him in touch with an ever-widening circle of family, friends and acquaintances from near and far.

The cards are displayed in the HomePlace Library, a place whose almost reverential silence brings Heaney’s warm, genial voice right into the room.  Reading the poems here is like receiving a big, hearty hug from the man himself.  The collection is scented with the pungent pleasures of Christmas as well as with the nostalgia, melancholy and poignant memories that appear sharpened and enhanced at this time of year.

Some recall simple pleasures associated with the season – in Holly, he shares the fun of gathering bunches of holly, with hands chapped and jagged; in Christmas Eve – an unpublished poem – the young Seamus waits in his bed for Santa to come while, just along the road, the joiner Eric Dawson toils with his lathe and auger on the completion of a toy battleship for the excited boy.

Drawers have been emptied, attics scoured, family archives plundered to produce this charming little treasure trove.  The poems speak of a man who clearly loved Christmas and who took pleasure in sharing that joy with others.  In addition, they offer a fascinating glimpse into current work-in-progress or plans for future collections.

Heaney’s daughter Catherine Ann describes the annual ritual that infiltrated the household as the season of the nativity drew nigh.

“Every December, he approached the task with the rigour and planning of a small military operation. First, and most importantly, was the drawing up of the list – each year, the backbone of old friends, extended family, fellow writers and colleagues would be added to, to include new people he had met over the previous twelve months. Then there was the bulk-buying of stamps, the ordering and addressing of envelopes (handwritten, until well into the 2000s when his assistant revealed to him the wonder of printed address labels), the working out of last postal dates, the composing of individual personal messages.

“His desk became an assembly line with the kitchen table often acting as an overflow, while the hall table was hidden under sliding drifts of envelopes ready to be posted. As the years went on and his life became busier and less his own, we’d sometimes urge him to scale back a bit, give himself a break, only send cards to his nearest and dearest – but he never did. In spite of the time and effort it took, and the constant anxiety that he’d forgotten someone, he actually enjoyed the task and to me it seemed a reflection of the great store he set by his friendships, and the care he took in maintaining them.”

The 1989 card The Settle Bed  previews a poem which would appear in the 1991 collection Seeing Things and includes a handwritten edit.  It features a line drawing, commissioned from Catherine, who is a professional illustrator. But perhaps most touching is the sweet nativity painting which she did as a three year-old.  Years later it found its place alongside her father’s 2003 translation of the lyrical Middle Ages poem I Syng of a Mayden, which describes the Immaculate Conception and Mary’s choice to  be the mother of the ‘King of all Kings’.

The star of the show is an early, unpublished poem, written for the family circle.  A Christmas Rhyme came to light when the search began.   Carefully folded and safely stored, it reveals the significance of family and home to Heaney.  It gives a delightful, humorous account of the annual rituals that kicked in when he and Marie and their children came back to the home place at Christmas.

“It was lying in a box. It had never been written for publication, but a memory must have come back to him of doing the Christmas rounds,” says Brian McCormick, son of Heaney’s late sister Sheena and now the manager of the HomePlace.

In it, the poet describes himself as ‘a Christmas rhymer going the rounds of aunts and uncles’.  The odyssey begins on the home farm in Mossbawn, where Aunt Mary is ‘patting out the scone’ on the bakeboard, then on to Cookstown, to Eliza, Annie and Mary’s cosy kitchen, to the pub whose ‘slow barman’ Peter is said to resemble Heaney, to Magherafelt and finally to Bellaghy, completing the visiting of ‘the old haunts of our hearts’ yearning’.

This visit is an inspiring end to the Christmas season, the perfect Epiphany gift.  I am eternally grateful to the HomePlace team for giving The Even Hand a last minute nudge in the right direction.