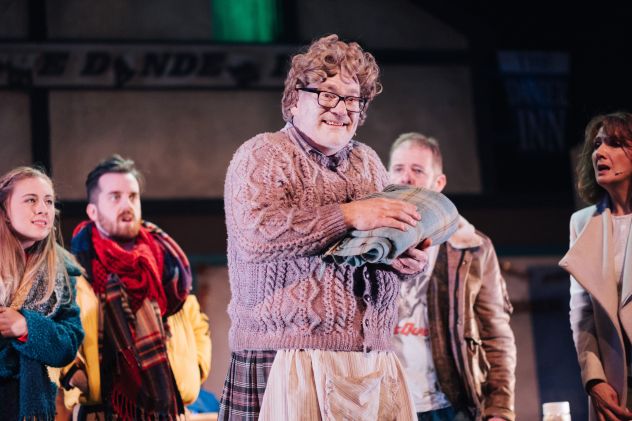 There are worst places to be snowed in on Christmas Eve than a cosy pub in the country. But it’s an entirely different matter when the place of refuge is The Dander Inn, a grubby, run-down shebeen high in the Sperrin Mountains, whose proprietors are a creepy pair of ageing twins called Pat and Paddy.

With night closing in and snow falling heavily, this will be a Christmas like no other for the random assortment of lost souls who find their way to this god-forsaken place.  Under the beady eye of the uncannily similar siblings, a young engaged couple, the male members of an Abba tribute band and a smart middle-aged woman called Alison, a supplier of Catholic religious goods, prepare to sit out the nightmare.

Is The Dander Inn real or a place of the imagination, that is the question?  The new arrivals agree that it would not be out of place in a horror movie, but little do they realise the parts they will be called upon to play.  Downing copious quantities of stale alcohol and packets of out-of-date porky scratchings, the unexpected arrival of a large roast turkey threatens a dose of indigestion like no other. 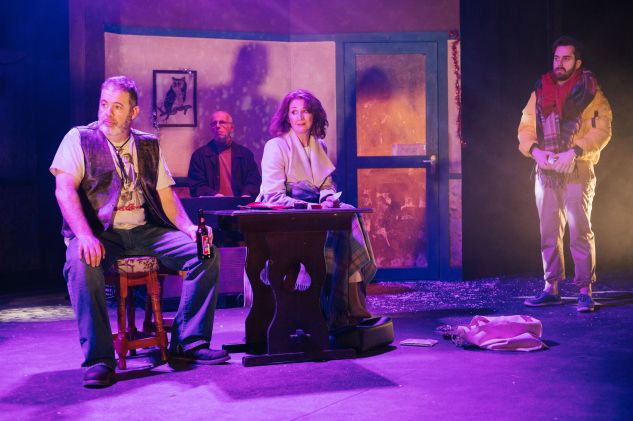 As Pat/Paddy and musician Frank, Conor Grimes and Alan McKee respectively do what they do best, summoning a gallery of grotesque characters and surreal imaginary scenarios and switching effortlessly between them.  Director Frankie McCafferty keeps a tight rein on their trademark broad comedy, as he steer the hapless – and sometimes helplessly corpsing – victims into an acceptance of what will come to pass for normality during this long, strange night.

Gary Crossan expends boundless energy as upper crust twit Rudy, though it is difficult to believe why Ruby Campbell’s sensible nurse Ciara would waste her time on him.  Meanwhile, Ali White joyfully throws convention to the winds as Alison, a role that does not exactly stretch her considerable acting skill. And keyboards maestro Rod McVey acts as the evening’s silent chorus, conveying so much while saying nothing. 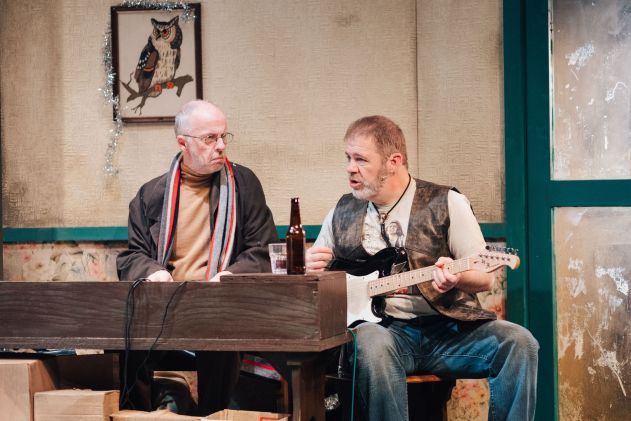 A dark, queasy plot twist rounds off this minutely observed and rancidly flavoured piece of festive fare, far removed from the glitter and tinselry to be found elsewhere in Belfast this Christmas.