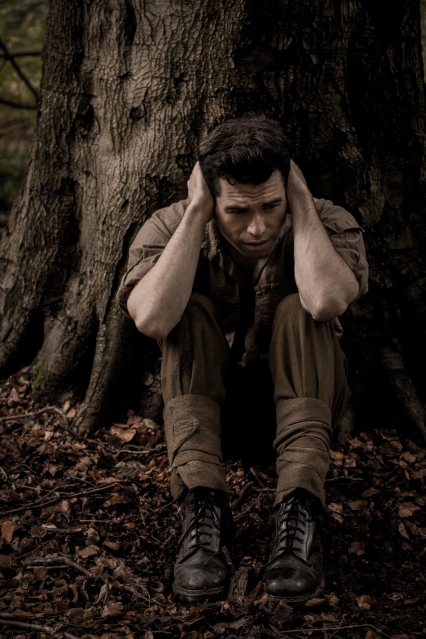 In this, the month of the Armistice, Pintsized Productions is on the road around Northern Ireland with a classic World War I play.

In similar vein to his globally acclaimed novel War Horse, former Children’s Laureate Michael Morpurgo, makes few concessions to age in introducing young readers to the horrors of war.  With trademark narrative lyricism and clear-eyed vision, he presents a complex political story through the experience of a central character, painting the evolving situation in easily assimilated broad brushstrokes.

Simon Reade’s frequently performed stage adaptation remains true to the spirit and style of the original but, for dramatic purposes, it condenses Morpurgo’s teeming dramatis personae into a solo show, which makes considerable demands on the young player cast in the pivotal role.

Here, that responsibility rests on the slim shoulders of Belfast actor Odhran McNulty, who brings a pale faced, dark-eyed intensity to his embodiment of Private Tommo Peaceful, a hapless young squaddie from a loving, close-knit family.

Sleeping in snatches and glancing anxiously at the watch given to him in the heat of battle by his wounded brother Charlie, Tommo counts the hours to the dawn of what could be his last day in the filthy, rat-ridden muck of the Flanders trenches. 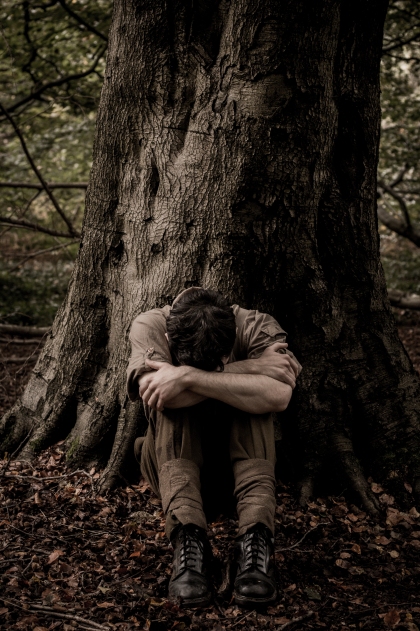 Director Nuala Donnelly has nicely crafted a small scale production, fit for a range of touring performance spaces.  Praise is due to McNulty for his unflinching focus here in the upstairs room of a Belfast docklands pub.  With the audience seated in close proximity, with no discernible lighting or set and a very basic soundscape, it is to his credit that he delivers Tommo’s story with energy, humour and unflagging concentration.

The programme note describes Tommo as a native of Devon in the south-west of England.  Reminiscences of his humble home in its beautiful natural surroundings, together with fond memories of a pretty girl called Molly, provide him with much-needed emotional succour as the horrors of the Somme unravel around him and other lads from similar backgrounds.  Donnelly, however, opts to relocate Tommo’s home place to rural Ulster, a stark reminder of the thousands of brave young men from this side of the Irish Sea, who gave their lives in that senseless, terrible war.

In one of the play’s most striking lines, Tommo’s contribution to the war effort is judged by his superiors to have been ‘worthless’, a dreadful indictment of the ineptitude and callousness of those who called the shots. 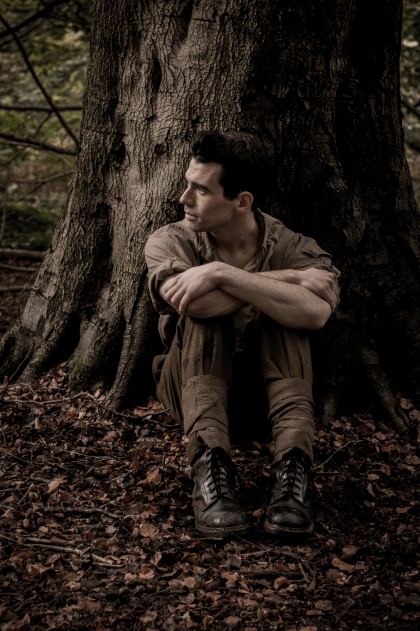 Reade’s clever narrative structure unspools from present to past and back again.  Echoes of a happy childhood, albeit one tinged by tragedy, present a stark contrast to the deafening and uncompromising scenes of trench warfare which will follow.  McNulty rises to the challenge of an adult actor playing a child, but is slightly less successful in reverse.  He brings a breathless, wide-eyed wonder to the schoolboy Tommo, carrying that same quality into his portrayal of adolescence and harsh military service.

As with War Horse, Morpurgo’s story may have been written for older children but its powerful message, uncomplicated characterisations and fine writing reach out equally effectively to a wider adult audience.  This is an imaginative and timely choice for an upwardly mobile young company and its new artistic team.